Traveling Exhibit Titanic of the North: The 1918 Wreck of the S.S. Princess Sophia

"Taking water and foundering, for God's sake come and save us!"

Thus read one of the S.O.S. messages sent from the S.S. Princess Sophia at the time of the ship's 1918 sinking. In recognition of the 100th year anniversary of the tragic event, the Alaska State Museum partnered with the Maritime Museum of British Columbia, the Vancouver Maritime Museum, and the Pioneers of Alaska-Juneau chapter, on an exhibit that looks at this historical event and the lives of the individuals who made up the passengers and crew of the Princess Sophia. This exhibit provides a window into a critical time in the history of 20th century: the end of the First World War and the development of the west coast.

Titanic of the North: The 1918 Wreck of the S.S. Princess Sophia chronicles the worst shipwreck ever in the Pacific Northwest. Over 350 passengers lost their lives in the wintry waters off the Alaskan coast when, during a terrible storm, the SS Princess Sophia hit Vanderbilt Reef near Juneau and sank with all aboard. The vessel had been heading south to its home port in Victoria. 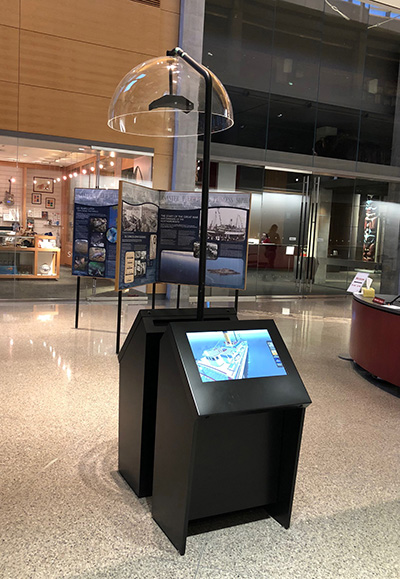 This traveling exhibit was made possible by donation from the Pioneers of Alaska-Juneau chapter.